The story starts with my Minecraft server hosting company. (MCHost.no)

One day I am contacted by one of my customers, who reports that his server does not start properly, it freezes when loading the plugins. 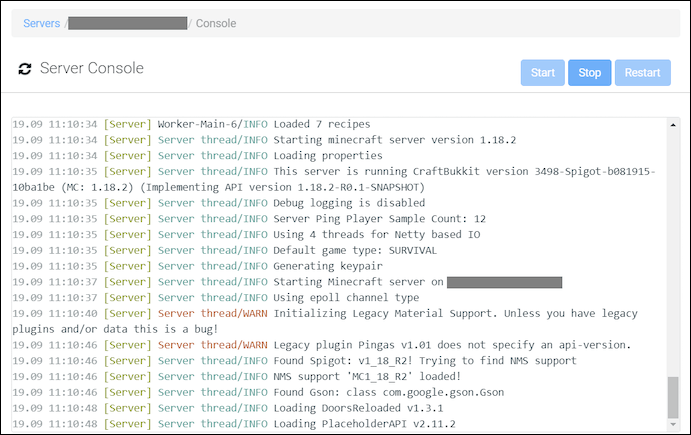 In these scenarios, it's usually a problem with a faulty or incompatible plugin, so I ask him to do the elimination method (Disable all plugins, and enable them one by one).

Days later after a lot of back and fourth, i get this message:

Hey you. Its not your fault or my fault. I see now that the same thing happened to *REDACTED* years ago, have now happened on *REDACTED*. Plugins is infected by a "Virus" i downloaded in a plugin that has infected other plugins. F!!!!

So i got more information from him that years ago he downloaded a cracked or free plugin from a shady source, and he saw the similarities this time.

He gave me a clue that the source was Updater.Class that could be found in the infected plugins (Beacuse it only contains that class when infected)

He tried decompiling the class but with no success.

So here starts my journey.

Decompile from my side with JD-GUI did not work.

So i did what every Supersmart Hackers do, put every plugin in Virustotal:
Long and behold: 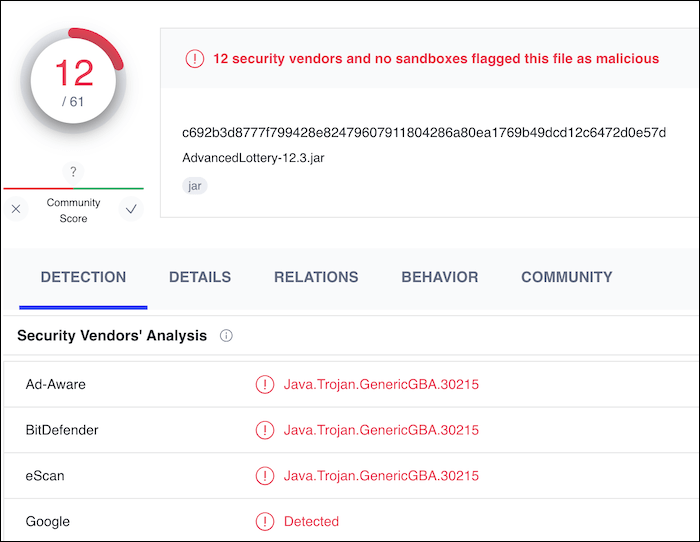 Have i really found the smoking gun?
I asked then for a clean version of this plugin to compare:

The hashes did not match!
So i uploaded the clean plugin to Virustotal and...

So, the problem here is the behaviour of the plugins, the plugins can do a lot that antivirus products detect on, and then flagging them. But after inspecting the code: it looks clean?

And from what can i tell from here? I dont really know...

So I went back to trying to decompile the plugins with JD-GUI.
This time i only took a library file since every plugin has the same class, so a smaller file could not hurt.

I got so desperate to get to answers, so i searched for a lot of decompilers, even finding a site that had 6 diffrent types of java decompilers, and none worked.

The answers were far, but yet so close.
Could this really be it, the end of this mystery? An unknown malware spreading on Minecraft servers that cant be stopped?

But then i struck gold!: 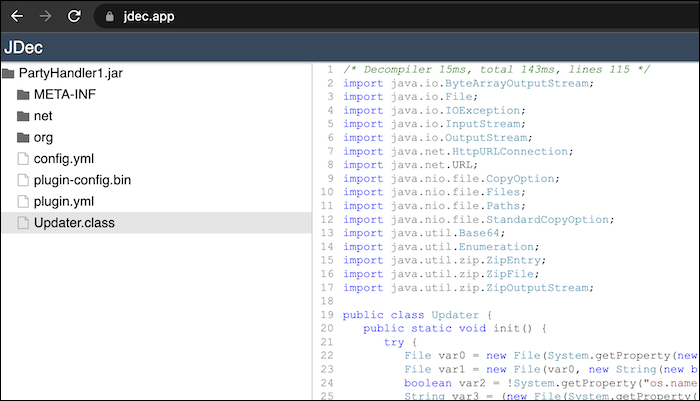 And after browsing i found a few key points from this:

Connection to a host, but its encoded...:

Since the URL is encoded with base64, then its really easy to decode it to human-readable text.
Base64 text first, and UTF-8 after:

When visiting the URL, it just downloads as a blob and thats it...
Well... lets try renaming it to a .jar file and decompile it: 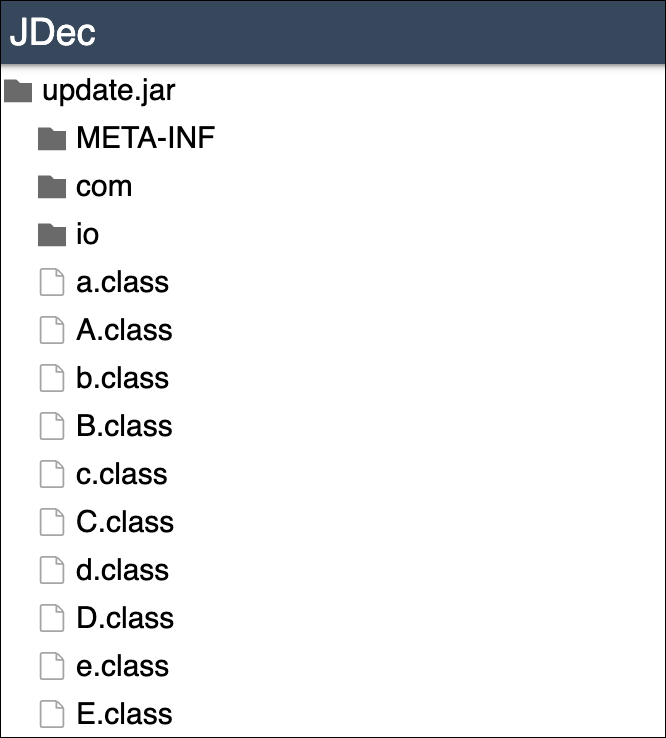 Okay... This file is a lot bigger, so i need to map everything out:

Looks like a version checkup, a local endpoint (for the malware), and a CNC/callback server.

Since the hosting of Minecraft servers on MCHost.no is based of Docker containers, each server is isolated, and therefore not spreading between servers.
I also blocked the skyrage.de domain so the malware would be (hopefully) less dangerous.

For the Customer in question, he has not run any plugins (.jar) locally on his PC, so he is safe on that part. (But would recommend reinstalling the entire OS if that was the case)

His server (serverfiles) on the other hand: He needed to reinstall all plugins and server.jar, but after that, it was not connecting to the shady server anymore.

Since i have a low experience with java code, that means this guide will be incomplete, please send me feedback or more info to [email protected]